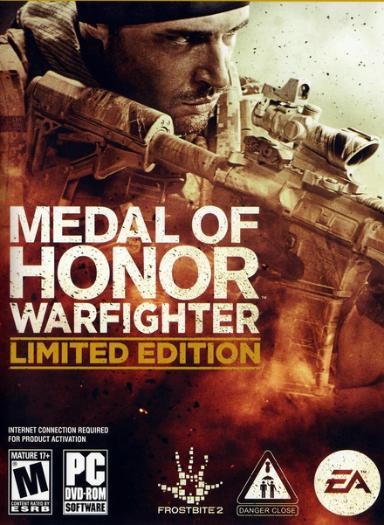 Get everything in the standard edition plus the soundtrack and an edge in multiplayer combat. Unlock the ballistic power of the Spetsnaz gunner and the surgical precision of the legendary Navy SEAL sniper.

SEAL snipers are universally feared for their innate ability to stalk, target and then peel apart the enemy from extreme distances while in total concealment. Combined with the lethal and surgical precision of the McMillan TAC-300, SEAL snipers have a devastating and demoralizing effect on those who attempt to engage them. Unlock SEAL sniper from day one with the Digital Deluxe Edition.

The Spetsnaz utilize and employ heavy weaponry more often than most Special Operations units. They see fire superiority as a priority in any engagement and therefore excel at suppression tactics, covering fire and support for their comrades. Unlock Spetsnaz gunner from day one with the Digital Deluxe Edition.

Exclusive to the Digital Deluxe Edition.

From rescuing hostages in Abu Sayyaf’s stronghold in Basilan, Philippines, to assaulting Al-Shabaab’s “Pirate Town” on the Somali Coast, gamers step into the boots of Tier 1 Operators as they hunt down the global threat of PETN. Medal of Honor Warfighter has a dotted line to real-world events and lets players experience the action as it might have unfolded.

Medal of Honor Warfighter delivers incredible video and audio fidelity by leveraging the power of the best-in-class Frostbite 2 engine. Every detail from the sound of the weapons to the landscapes of actual locations is as authentic as it gets.

PLAY AS ELITE WARFIGHTERS FROM AROUND THE GLOBE

As with every Medal of Honor game, the soldier’s story is at the heart of the experience. Medal of Honor Warfighter tells the story of U.S. Tier 1 Operator, “Preacher” as he returns home from overseas only to find his family torn apart from years of deployment. When a deadly explosive penetrates civilian borders and his two worlds collide, Preacher and his fellow teammates take the fight to the enemy and do whatever it takes to protect their loved ones from harm.

The existence of the Swedish Special Forces group, S.O.G. (Sarskilda Operationsgruppen) was made public in 1997 and the unit has played a vital role in terror combat, both on Swedish soil and abroad. The